Before the reformation Inverchaolain Parish Church was situated on the side of the hill about two hundred yards above the present edifice. It was dedicated to St. Bride, or Brigida, abbess of Kildare in Ireland, who lived 467-525.
In Scotland the culture of this saint was very extensive and dedications to her are very numerous, especially in those parts of the country closest to Ireland. She is commemorated upon the first day of February.

The vicarage of Inverchaolain belonged to the Monastery of Failfurd in Ayrshire, a community of Trinitarians or Trinity Friars, whose order was instituted by Saint John of Malta in 1198. Their office was to redeem slaves, especially Christians, from the Turks. This order possessed fourteen monasteries in Scotland, but Inverchaolain seems to have been their only church in Argyllshire. 3rd Inverchaolain Church which burned down in 1911

The first church here after the Reformation was built by a man who had dreamed that he would find a treasure in a certain spot in the parish and was commanded to build with it a church upon “Crochaan an Airy”, but the treasure became exhausted and the church remained unslated for many years. The second church was built in 1745 (the year of the second Jacobite rising) and “almost rebuilt” in 1759. The third church was built in 1812 and destroyed by fire on Sunday, 9th April 1911. The present, or fourth, church was built in 1912 and opened on 27th October in that year. The dedication service was conducted by the minister, the Rev. Alex. Cameron, assisted by the Rev. M. Babington, B.D., Toward. The Rev. J. C. Riggins, Tarbolton, preached the sermon from the text, “Pray for the peace of Jerusalem, they shall prosper that love Thee” (Psalm cxxii. 6). The service was attended by a congregation which filled the church, and many travelled long distances to be present. The church has been re-erected on the original site, at a cost of about £1,200. The seating accommodation is for 165 persons. In the work of restoration the heritors of the parish evinced much interest, and were seconded by the generous gifts of Sir James Lamont, Bart., of Knockdow, Colonel Sir Aubone Fife, Mr. Norman Lamont, Mr. C. Walter Berry and the Misses Berry, of Glenstriven. 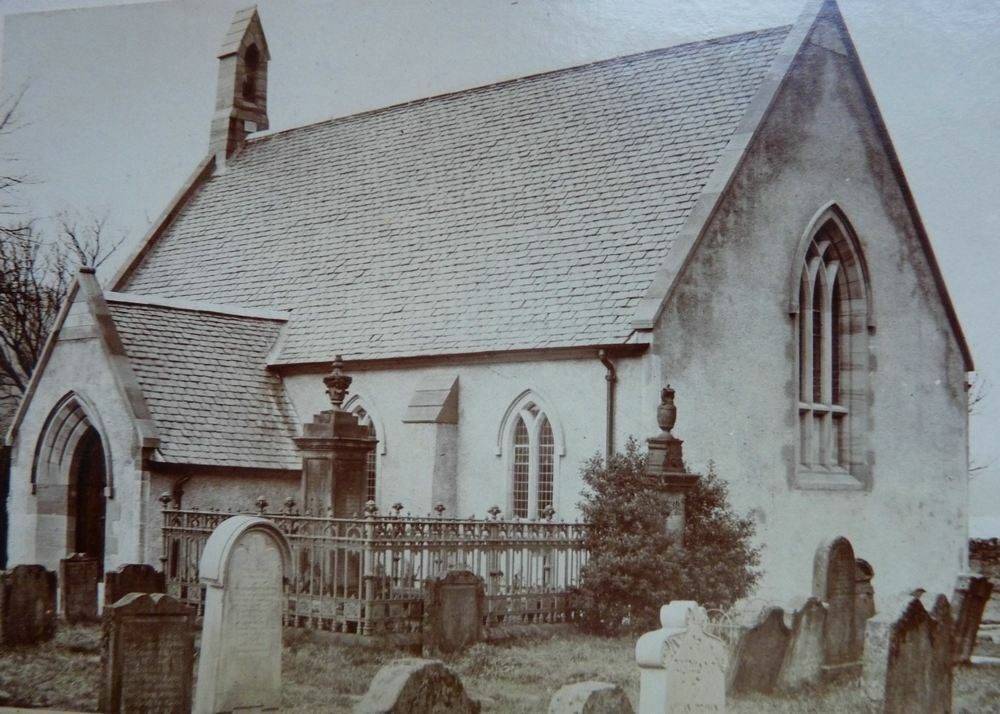 The coping stone of the original church is built into the south wall of the present edifice above the entrance door. The name Inverchoalain is derived from the Gaelic “Inbhir-caol-abhainn”(the place at the mouth of the narrow stream) and is very descriptive and appropriate.
(source Clan Lamont Journals January 1913 and March 1926 by Sir Norman Lamont, Bart., of Knockdow,F.S.A.)

The peaceful Inverchaolain parish church, long associated with Clan Lamont, was put up for sale on the open market in January 2017 by the Church of Scotland and is now in private ownership. Public access to the graveyards (old & new) remains unchanged. However, the Lamont communion-ware and plaques that were on display at Inverchaolain Church have been moved to Toward Church. In July 2022 Dunoon will see an influx of visitors during the 3 days Clan Lamont Gathering.
For more details see